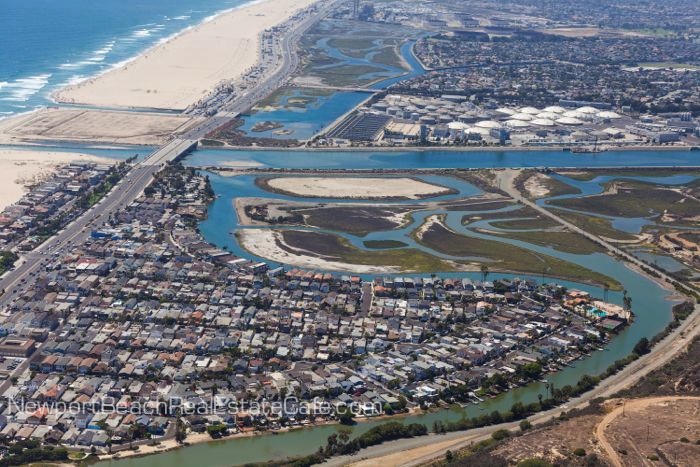 The annual Newport Shores garage sale will be held tomorrow May 10, 2014 from 8 am until 11 am. If you are a Newport Shores resident, be sure to set up early and put your items out that are ready to sell. There is generally a great turn out and lots of people from the neighborhood go from house to house and visit the neighbors and pick up some great items.

So if you are looking to pick up some great items, be sure to visit Newport Shores tomorrow and look for some great garage sale items from clothing, records, toys, etc. One year someone was selling a huge collection of beannie babies!

Hope to see you tomorrow at the Newport Shores Garage Sale.

This area is managed by the Army Corp of Engineers and they have begun dredging this area. It is quite exciting for the Newport Shores residents because it has not been done for about 18 years (from what I was told).

The dredging will be done up behind the tennis court (near Canal Circle) and will not continue down the 62nd Street side as that area is managed by the City of Newport Beach.

I will keep you udpated with photographs and videos of this great progress!!!

This beautiful four bedroom home in Newport Shores at 218 Walnut Street is in escrow. This stunning home which has been remodeled throughout, is listed at $1,095,000. This home features an upgraded kitchen with marble counters and stainless appliances. Downstairs there are stunning hardwood floors in the living room with a gorgeous fireplace for the cool evenings to enjoy time with family and friends.

All the bedrooms of this Newport Shores home for sale are located upstairs, and there is a stunning deck to enjoy the Newport Beach climate.

Newport Shores in Newport Beach is a great community of approximately 440 homes located on the West side of Newport Beach. Walk to the beach and enjoy all that accompanies the beach lifestyle.

If you are searching for a Newport Shores home, please contact me.

The sunsets are incredible and tonight was beautiful. The sky continued to change and every time I looked, it became more beautiful. Hope you enjoy the changing palette of this Newport Shores Sunset. Newport Shores has approximately 440 homes, and there is an association with a community clubhouse, heated pool, tennis court, basketball court and sand volley ball court.

There is a canal which surrounds Newport Shores and the residents often utilize it for kayaking or stand up paddle boarding, and there is wildlife including ducks, herons, geese, and swans.

The sky continued to change tonight and it was incredible. Love the ray of sunshine on this one, and my daughter Heather took this photo!! Market absorption is still considered a stable market, trending toward a seller’s market in Newport Shores in Newport Beach. The following graph represents the number of units sold by year since 2002 with the average median price by year. In 2011, in Newport Shores, a total of 14 homes were sold.  That is up from 2010 by four. Of the 14 homes sold in Newport Shores, six were distressed sales. That is up by two from 2010 where there were four distressed sales of a total of 10 sold.

Based upon market trends, and the fact that there is such limited inventory for sale in Newport Shores, I believe that the market will remain a seller’s market. And because there continue to be standard or equity sales which is currently the majority of listings.

Currently, there are 5 active listings in Newport Shores in Newport Beach, and there is one other active listing which is not in the MLS at 233 Canal Street being offered at $1,400,000. In November, there were two sales. Sales are up since November, 2010 where there was one sale.